You are listening to the Informal investigation podcast

This is the podcast where we investigate, experience, and share interesting finds

My name is Asher and lets begin

The informal investigation podcast is for entertainment purposes only. We are not responsible if you mess up. You should always do your own homework. If you try anything mentioned on this podcast you are doing so at your own risk. The views presented on this podcast are solely those of the speakers and do not represent any affiliated or unaffiliated organizations.

Today we are opening an informal investigation into pumpkin beer

I’m sorry, the fall is now upon us, and winter is coming

I was listening to the radio the other day and the host made a joke “They even put pumpkin spice on grill cheese” and everyone laughed on the laugh track.

Its no joke! 2 years ago I made a killer wrapped pumpkin spice brie that could have easily been turned into amazing grilled cheese sandwiches

Today we are not talking about PSL’s aka Pumpkin spice lattes or some other modern pumpkinized foodity but rather one that dates back to 1771 . Yes, 17 freakin 71.

This book is an encyclopedia for beer

It literally goes from A to Z everything beer

As we know, beer is traditionally made by soaking barely and hops in water then allowing the sugars from the barely to ferment creating beer

Well...you can guess what happened next! Get the pumpkins! Screamed the colonists

The recipe is entitled

“Let the pompion be beaten in a trough and pressed as apples. The expressed juice is to be boiled in a copper a considerable time and carefully skimmed that there may be no remains of the fibrous part of the pulp. After that intention is answered let the liquor be hopped cooled fermented as malt beer. “

This recipe is almost like a pumpkin cider. If you break it down to its most basic elements Its essentially pumpkin juice that is hopped and fermented

Not exactly sure when our modern version of pumpkin beer surfaced. Wikipedia says that The first commercially brewed pumpkin ale came from Buffalo Bill's Brewery in Hayward, California, in the 1980s.

Skipping forward in time, in the year 2020 if you go to beer advocate - which is a popular beer ranking website. There are 1,783 versions of pumpkin beer

Pumpkin beer fits into category 30B - Autumn seasonal beer. When I say category this is the BJCP category - Beer Judge Certification Program. FYI - If you think you have a good palate take their test and you can become a judge!

Pumpkin beer unlike most modern styles is brewed in all sorts of different ways. There's alot of variation between brewers.

Modern day pumpkin beer uses grains - usually different types of barley, wheat and even oats. Hops are added but generally in small quantities because no one really wants a truly bitter pumpkin beer.

Reading through the list some of the top beers from beer advocate they include:

Pumpkin ale from the schlafly taproom

Disclaimer: I have never tried a pumpkin beer I really enjoyed

The problem I ran into is that I didn’t want to buy a bunch of 6 packs that would go to waste. Instead I went to a shop that does make your own six packs and put as many pumpkin beers in as possible

I watched a few youtube videos, checked the book brewing classic styles by john palmer - best beer recipe book out there and finally settled on a recipe

For my grains I decided on:

As for whether to add pumpkin I went with an astounding yes!

I used 3 cans of pumpkin to which I added pumpkin spice and vanilla extract. Then I baked it at 350degF for an hour to caramelize the sugars in the pumpkin

For those of you who have tried your hand in home brewing you know that the next step is the 1 hour boil to sanitize the liquid. I decided to do away with this and just pasteurize the beer.

If you have never worked on a dairy farm pasteurization is the process of bringing a food to a temperature that will kill most of the nastys without exposing it to harsh boiling temperature. This creates a beer known as “raw ale” - The hope of using this method was to create a raw and hazy end product. Pumpkin ales are naturally a little hazy but I wanted to embrace the haze

After all the pumpkin and barley was strained out I raised the temp to 170F for about 10 min. After this I added my hops and proceeded to cool the beer.

Hops normally add a bitter flavor to the beer. Do you like your pumpkin pie bitter? Your answer is probably no! This is why I added the hops late! Hops contain alpha acids that bitter beer when exposed to high temperatures. If however you add your hops late - when the beer is cool you will get the fruity and floral notes instead. This is why our NEIPA’s - or new England IPA’s can taste like a cup of carbonated juice.

Like most plants there are different variety of hops. I chose amarillo which is a variety that is known for its orange and tangerine flavors. My thought was the zesty orange flavor would bridge the gap between the beer and pumpkin spice.

Once the liquid was cooled to around 70-80F(this is the temp yeast likes) i added the yeast. I’m not going to go into the process of choosing yeast but I chose US04 a popular strain of saccharomyces. After the yeast is in just let it sit till the sugars ferment to alcohol, bottle, and enjoy.

Lets take a short break and try the beer I brewed

I was going to close this investigation but then it hit me!

I need to try the OG version of pumpkin ale

Going back to our recipe from 1771

“The expressed juice is to be boiled in a copper a considerable time and carefully skimmed that there may be no remains of the fibrous part of the pulp.” - then we boil it

“After that intention is answered let the liquor be hopped cooled fermented as malt beer.“ - add hops, cool, add yeast

I think we got this guys!

It turns out getting pumpkin juice is actually harder to come by then it sounds. One option was to go to harry potter world in orlando i buy them out

In the end I bought 3 sweat pie pumpkins

This was a complete mess...I manages to get the juice but i'm pretty sure there are still pumpkin seeds stuck to my ceiling

I also needed to add some additional sugar because my pumpkins did not have enough sugar to create a beer with a significant amount of alcohol.

Finally, it was time to taste what the colonists were drinking in 1771!

Unfortunately I added way to much hops

This 18th century version of pumpkin ale will need some work but it was pretty cool to be drinking what the colonists drank back in the 18th century.

This investigation completely changed the way I think about pumpkin beer. Pumpkin beer is the first american beer style dating back to 1771 just two years before the boston tea party. It is not simply a seasonal fad but actually a significant part of US history. Pumpkin beer has earned its place at the thanksgiving table and represents the ingenuity of our great nation. The next time you here someone talking about pumpkin everything understand the cultural significance of pumpkin everything in the United States of America.

With that we are going to close this investigation. If you enjoyed this podcast please subscribe to be notified about our upcoming episodes. Also, Check the links in our show notes for the resources discussed in this episode.

Next Episode All Episodes 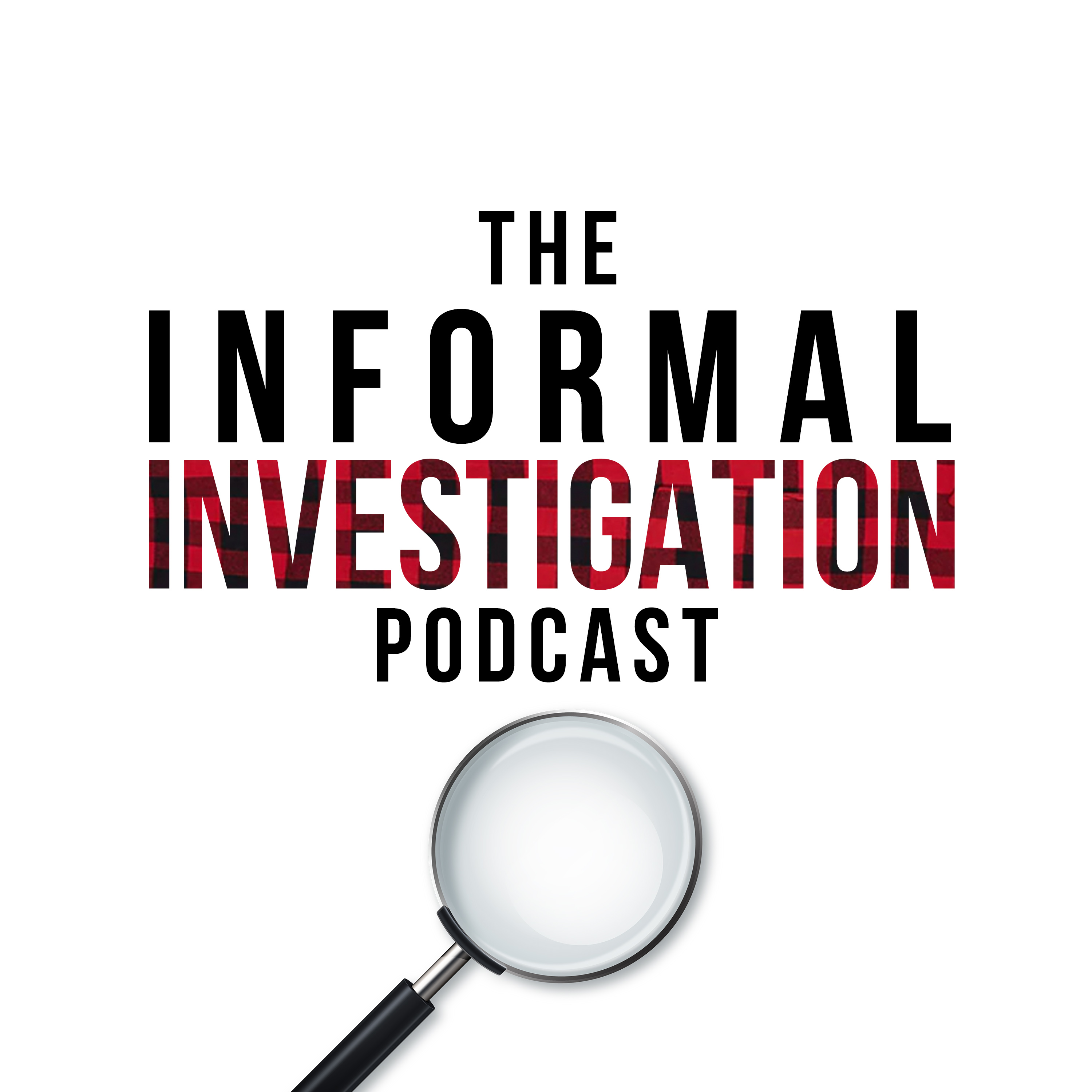 Informal Investigation
The podcast that investigates, experiences, and shares interesting finds!
Need a new hobby? Just curious about someone else's hobby? You're in the right place! The Informal Investigation Podcast dives deep into the wondrous world of stuff you never knew you were missing!